What does awareness matter anyway?

We use the hashtag #limbdifferenceawareness a lot. We share Hero’s successes and hurdles so openly in the hopes of giving a little reassurance and solidarity to others like us and also to raise awareness for those less like us.

But why? Even I have asked myself why raising awareness – of any difference or minority – is so important.

Symbrachydactyly, the condition that caused Hero to be born with only one hand, occurs in around 1 birth out of 32,000. 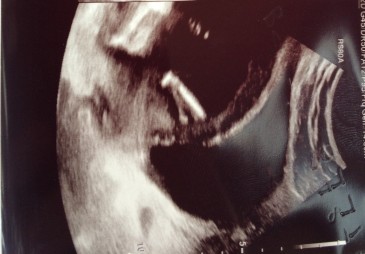 If limb differences are so rare, why on earth do the other 31,999 two-handed and ten-fingered babies need to know about it? It’s entirely possible that they will go through life without ever coming across someone with a congenital limb difference after all.

Today in the soft play Hero was passed by two young girls, around about seven and nine years old.

“Oh my god!” The youngest shouted, causing the other kids near by to look round. “That kid’s only got one hand!”

I tensed. My hackles go up in these situations and I start frantically trying to remember all the brilliant one-liners I had inevitably come up with long after these kind of situations have been and gone. I wasn’t at all angry, it was sheer curiosity. Sure, the girl could have been a bit politer about it, but she’s only seven after all and clearly Hero’s hand – or lack thereof – was a big “wow” moment for her. Despite not being mad, I’m always wary and I do find these occasions difficult, more so because Hero is very shy around her peers and doesn’t like to ever be the centre of their attention. She’s not old enough to understand their curiosity yet, but I really don’t look forward to the day when she is.

The older girl stopped and turned to look at Hero, who was hovering warily by the entrance to the tunnel.

“She’s only got five fingers!” The youngest girl continued, pointing.

“Oh yeah,” the oldest said, with a supreme lack of surprise or any real interest. “One of my friends only has three fingers on her hand.”

And there it was; over. She passed by on her merry way and the youngest girl followed, asking about the three-fingered friend without so much as a backward glance at the kid who’d caused her to stop short a mere moment ago.

The older girl’s cool and calm response, her awareness that not everyone comes from the exact same mould, led to a complete lack of shock or fear and diffused the younger girl’s reaction immediately. It allowed Hero to carry on with her day unbothered by their stares or questions. 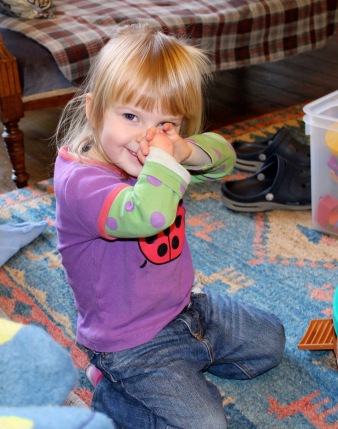 That girl’s comfort in the face of an unusual difference, her complete lack of fear, is why limb difference awareness, and awareness of any differences, is essential. That there is why all babies need to grow up knowing, not just about limb differences, but about anything that might single someone out.

ThoughSheBeButLittle A teacher by day, a writer by night, a dinosaur enthusiast all the time. I'm overly obsessed with my growing menagerie, including Bagheera the cat, Merlin the dog, Le Fou the guard chicken and our foster pups. I'm also the mother of a wonderful daughter, born in 2016 without her right hand but with a whole lot of heart.
Published March 15, 2019March 15, 2019